An analysis by Moody's examines the nine towns with the worst credit ratings, and three are from New Jersey. Camden, Harrison and Salem are on the brink of going broke.Coming in at No. 9 on the list is Camden. The city has been beset with money issues for quite a while, highlighted by a mass layoff of its police officers and firefighters earlier this year. Moody's notes that "more than half of Camden's real estate is tax-exempt, hampering already weak tax collections." The city has had a speculative grade credit rating since 1998. And it doesn't help that three out of the past five Camden mayors have been sent to prison for corruption, the most recent in 2001.Camden isn't the sole Jersey city on the list. It is joined by Salem and Harrison, coming in at Nos. 6 and 4, respectively. Both towns have stumbled financially in part because of bad investments.Scott Rothbort, Professor of Finance at Seton Hall University, says its not hard to figure out why Camden is on the list. "That town has not done much in terms of attracting industry or business in the last decade or more."If there's one problem, Rothbort says, its that New Jersey is made up of too many small towns. "There are too many individual political units within the state and I think that is something that will probably come back to haunt New Jersey."Rothbort says a good way for towns to get out of the red would be to merge. "A lot of these smal towns should seriously consider about merging, a lot of them have tried to share services but I think you have to go beyond that."

This after Senator Mitch McConnell caved, potentially giving the democrats power to raise the debt limit... 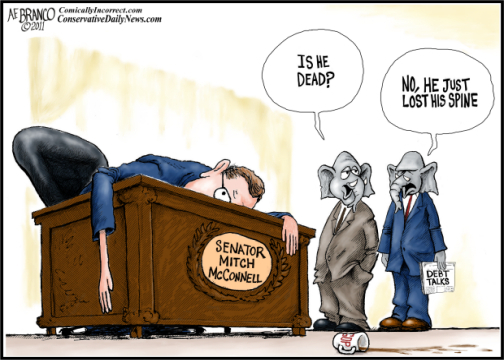 WASHINGTON, April 4 (Reuters) - House of Representatives Speaker John Boehner said on Monday that a tentative plan to cut $33 billion from the U.S. budget is "not enough" in a sign that negotiators were having trouble reaching a deal to keep the government running beyond a Friday deadline.

"I've made clear that their $33 billion is not enough and many of the cuts that the White House and Senate Democrats are talking about are full of smoke and mirrors. That's unacceptable," Boehner, the top Republican in Congress, said in a statement. 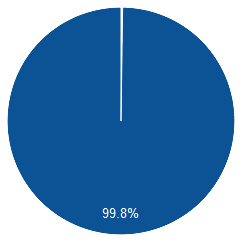 The $33 billion in cuts that the democrats are suggesting would reduce the deficit by only 0.02%.

Nice try Dems, but you're going to need to do a little better.