I find it laughable that when the Scott Walker recall results came in last night, it took CNN eight minutes to break the news. Rather than breaking down election results, they were re-airing the Queen's Diamond Jubilee. I'll just assume Wolf Blitzer was in the bathroom when the results came in.

Here's a breakdown of what the networks were saying when the results were released.

Coca-Cola Co and McDonald's Corp fired back at New York City Mayor, Michael Bloomberg on Thursday for proposing a ban of large-sized soft drinks at restaurants and other food service outlets.

"New Yorkers expect and deserve better than this. They can make their own choices about the beverages they purchase," Coca-Cola said in a statement.

The statement from Coke comes a day after Mayor Bloomberg said he was proposing an amendment to the city's health code to prohibit food service outlets from selling sugary soft drinks larger than 16 ounces.

But as long as the ban only limits the size of the container, and not what is actually in it, some people think it is OK.

"I don't necessarily think it is such a bad thing," Sean Cashin, 47, told Reuters at a McDonald's restaurant in Manhattan. "(Soda) is my drug of choice and I am dealing with the consequences of it," Cashin said, referring to a struggle with his weight.

It's unbelievable that Mayor Bloomberg is trying to limit the size of soft drinks sold in New York City, even more sickening that some Americans are okay with the plan.

The above quote from Sean Cashin is disappointing. Simply because he's overweight, due in part to his soda addiction, he's okay with the proposal. He is essentially saying, "people shouldn't drink large sodas because they made me fat." Last I checked, the idea behind America was that other people couldn't tell us what to do.

I haven't had a sip of soda since my late teens. That's a personal choice because I care about my health and recognize just how terrible soda is for the body. Thanks to recent campaigns, nearly all Americans are aware about the health ramifications of drinking large sodas every day for an entire lifetime. But you know what? That should be a choice we make individually. It's not the role of government to tell us what to drink or how much we should have of it. They shouldn't be telling us what we can and can't consume and how much of it we're allowed to put in our bodies.

The really worrisome part is the limiting or banning of items is a slippery slope. Right now, Bloomberg is only trying to legislate the size of drinks, but he's already banned things like trans fats. We can all agree that trans fats are bad, but what happens when he decides to ban ice cream, artifical sweeteners, or other things that aren't so black and white?

There's a lot of controversy about the 2nd amendment and if people should be allowed to own guns in America. I recently saw a pro-2nd amendment email forward, and while I'll spare you from most of it, I picked out a few of my favorites to share. These should sum up why I'm anti-gun control. 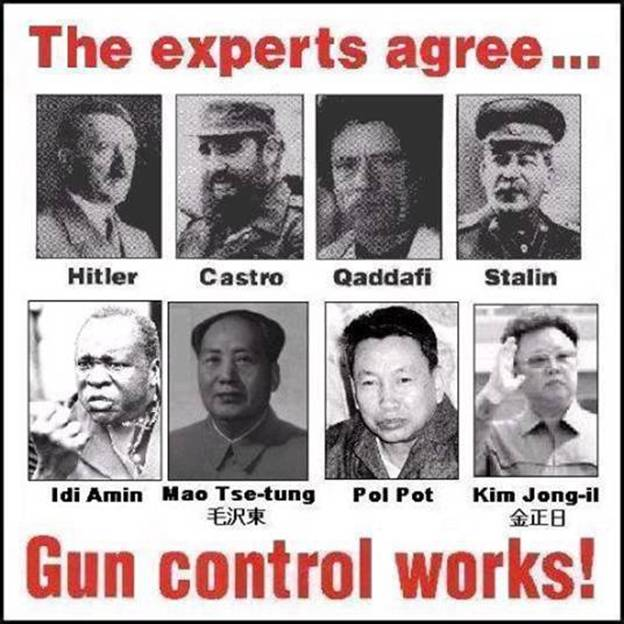 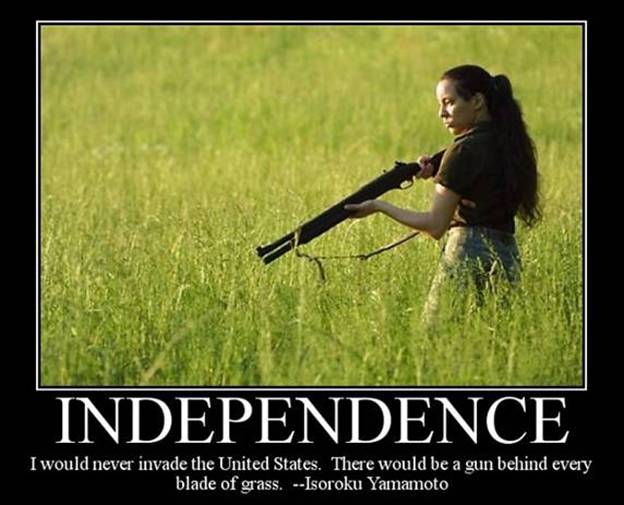 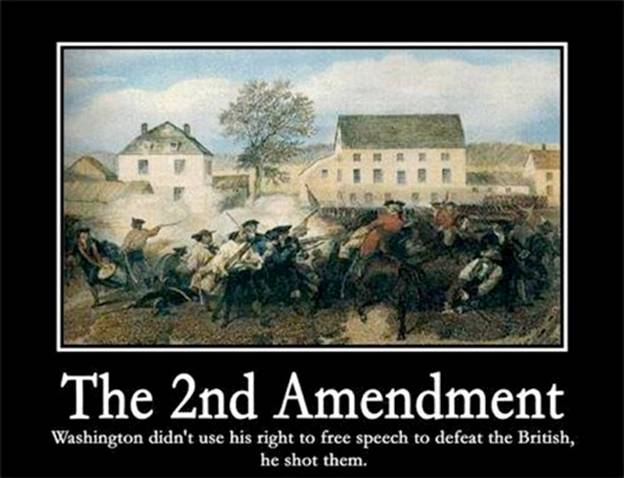 I was once asked by a lady visiting if I had a gun in the house?  I said I did.  She said, "Well I certainly hope it isn't loaded!"  To which I said, "Of course it is loaded, it can't work without bullets!"  She then asked, "Are you that afraid of someone evil coming into your house?"  My reply was, "No not at all.  I am not afraid of the house catching fire either, but I have fire extinguishers around, and they are all loaded too."

WASHINGTON (AP) -- A major donor to President Barack Obama has been accused of defrauding a businessman and impersonating a bank official, creating new headaches for Obama's re-election campaign as it deals with the questionable history of another top supporter.

The New York donor, Abake Assongba, and her husband contributed more than $50,000 to Obama's re-election effort this year, federal records show. But Assongba is also fending off a civil court case in Florida, where she's accused of thieving more than $650,000 to help build a multimillion-dollar home in the state - a charge her husband denies.

Obama is the only presidential contender this year who released his list of "bundlers," the financiers who raise campaign money by soliciting high-dollar contributions from friends and associates. But that disclosure has not come without snags; his campaign returned $200,000 last month to Carlos and Alberto Cardona, the brothers of a Mexican fugitive wanted on federal drug charges.

Obama campaign spokesman Ben LaBolt declined comment to The Associated Press. He instead referred the AP to previous statements he made to The Washington Post, which first reported the allegations against Assongba in its Sunday editions. LaBolt told the paper 1.3 million Americans have donated to the campaign, and that it addresses issues with contributions promptly.

Assongba was listed on Obama's campaign website as one of its volunteer fundraisers - a much smaller group of about 440 people.

Assongba and her husband, Anthony J.W. DeRosa, run a charity called Abake's Foundation that distributes school supplies and food in Benin, Africa. A photo posted on Assongba's Facebook page shows the couple standing next to Obama at a May 2010 fundraiser.

In one Florida case, which is still ongoing, Swiss businessman Klaus-Werner Pusch accused Assongba in 2009 of engaging him in an email scam - then using the money to buy a multimillion-dollar home, the Post reported. The suit alleges Assongba impersonated a bank official to do it. Pusch referred the AP's questions to his attorney, who did not immediately return requests seeking comment Sunday.

Meanwhile, Assongba has left a trail of debts, with a former landlord demanding in court more than $10,000 in back rent and damages for a previous apartment. She was also evicted in 2004 after owing $5,000 in rent, records show.

In an interview with the AP on Sunday, DeRosa said the allegations against his wife were untrue, although he couldn't discuss specifics because of pending litigation. He said he and Assongba were "very perturbed" by the charges, and said the couple's charity does important work in Africa.

Assongba has given more than $70,000 to Democratic candidates in recent years, an AP review of Federal Election Commission data shows. Her larger contributions include $35,000 to the Obama Victory Fund, a joint fundraising committee between Obama and the Democratic Party, and $15,000 to Democrats running for Congress. DeRosa also gave $15,000 to Obama's victory fund in April 2011, records show.

Abake's Foundation is listed by the IRS as a registered nonprofit organization; its financial reports were unavailable. A representative who picked up the phone at the foundation's Benin office declined to answer questions, and instead referred the AP to Assongba.

Obama's campaign declined to comment on whether its vetting procedures were thorough enough, or whether Assongba's contribution would be refunded. All told, Obama has raised more than $120 million this election, not counting millions more from the Democratic Party - giving him a financial advantage thus far over any of his Republican challengers.